Within this project, it was key that my branding was consistent and reflected my style of design throughout, and this process began with my monogram. As always, my first step was to complete a series of research on monograms on platforms such as Dribbble and Pinterest. Once I had completed this I moved into sketching, in total I sketched ninety-six different options with a few shown below.

Once I was happy with the range of ideas I had created I selected a few options and developed these further. My final choice for my monogram was a very simple based off a square, with a G and F being visible with the use of negative space. 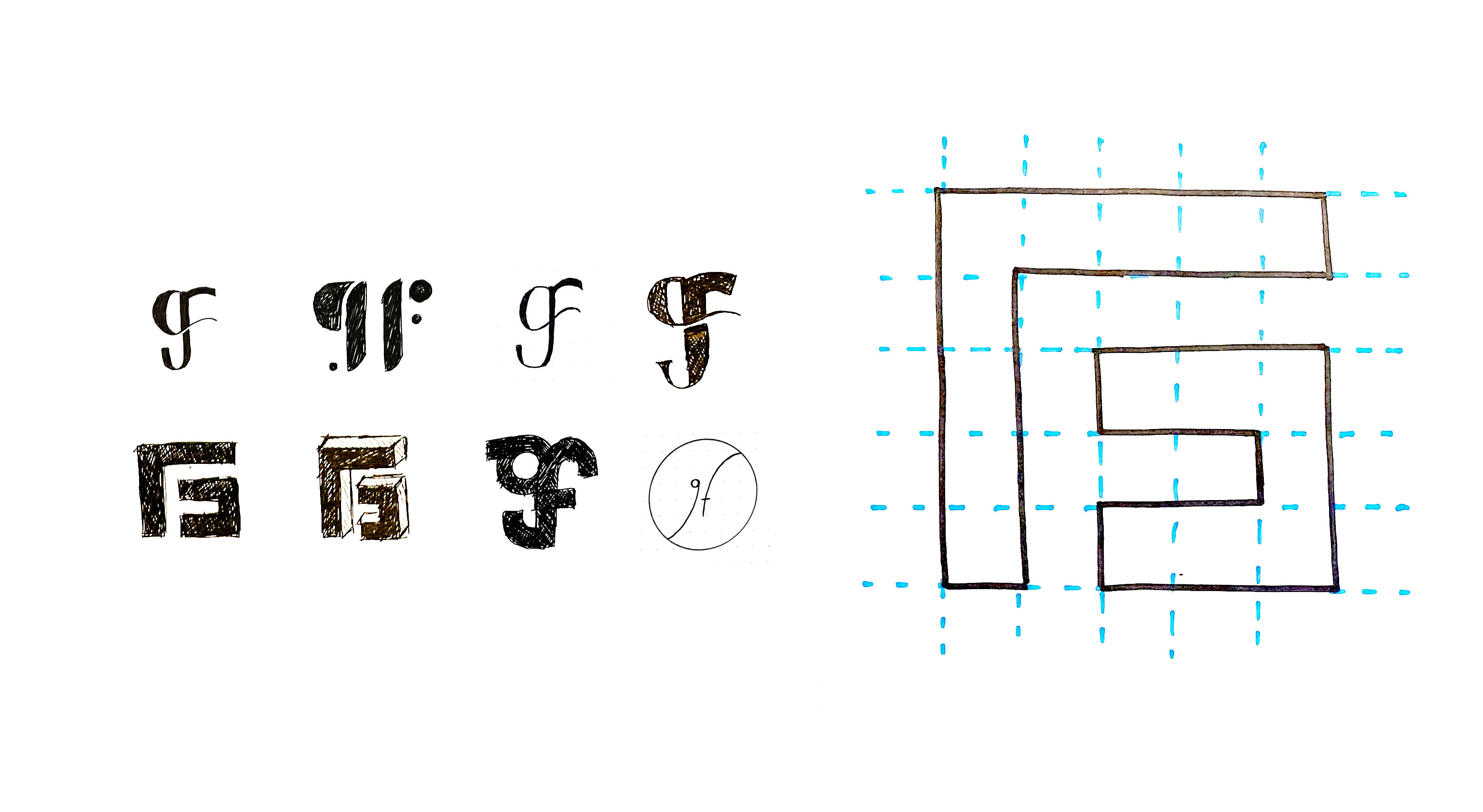 Once I had developed my monogram, I moved on to look at my word mark. It was key that I found a typeface that would align well with my monogram, so for this I went though a series of experimentation with rounded and square typefaces. I also experimented with my first name and surname being split over two lines, along with experimenting with upper and lower case letters. I decided the typeface 'Rift Soft' in the format light worked best with my monogram.

The final piece of branding was my visual marque. For this I was keen to use a reference toward my nickname which is 'Gem', so to incorporate this I decided to experiment with creating a geometric style crystal, diamond or 'gem'. I think the geometric style of the chosen visual marque works well with the rest of my branding and although it will not be a focus it will still be a small token toward my brand via pattern or subtle additions. 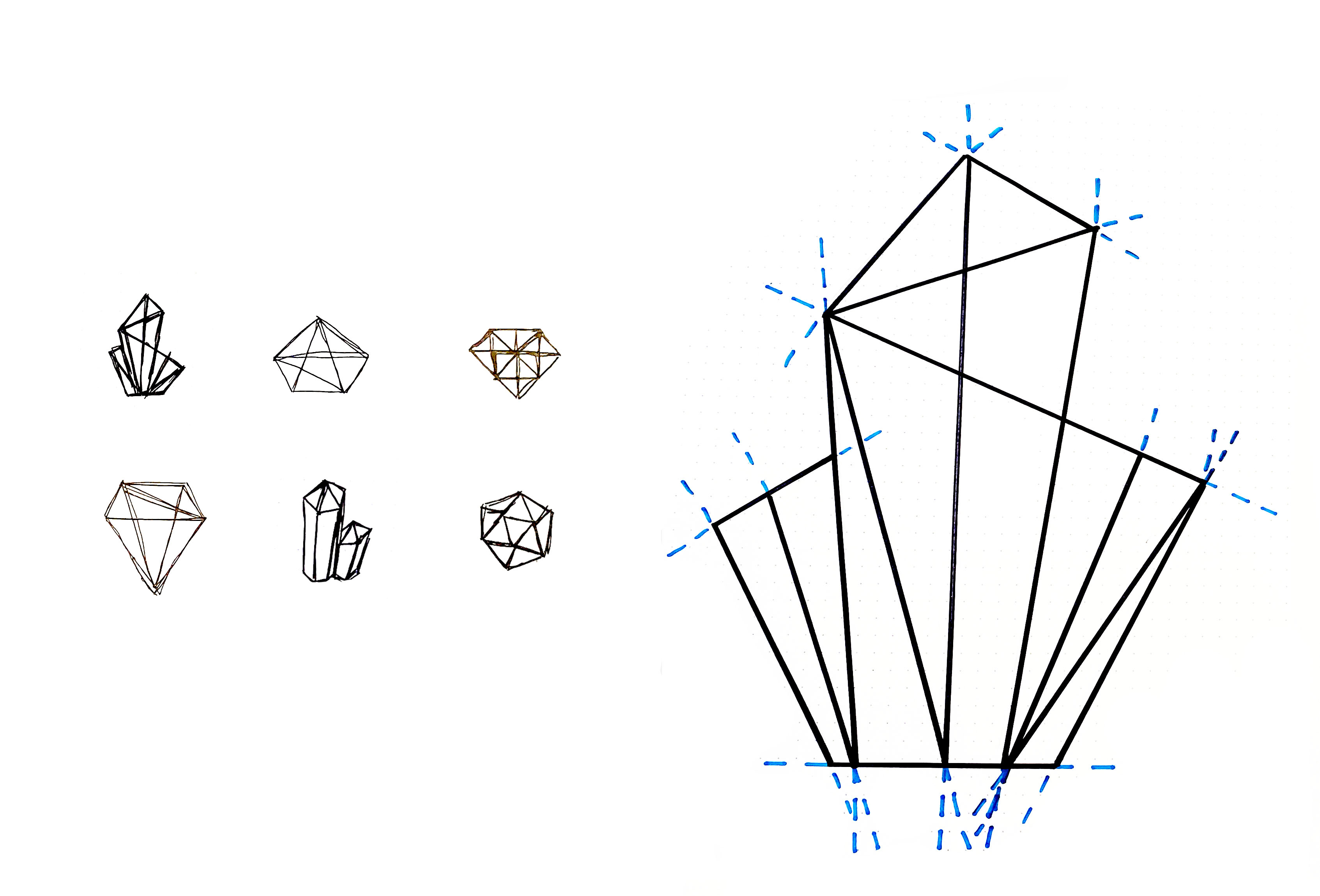 After the initial idea generation process on paper, I moved into Adobe Illustrator and started to make these ideas up digitally, this gave me a better idea of what the final outcome would look like and allowed me to decide which I would go for to represent my brand.

After the process of moving from sketches to digital, I started to refine my branding and establish connections between each part by making a set of brand guidelines which established a colour scheme for my brand and finally, created a demo portfolio website, this included sketching, high resolution mockups and then using HTML and CSS to build it.

My final branding included the creation of three branding assets, a monogram, word mark and visual marque. To show how each of these assets will be used I created a set of brand guidelines which are linked below and finally I created my portfolio site using Webflow which was made to hold some of my projects and is a representation of my brand within a website.

See More of My Work !